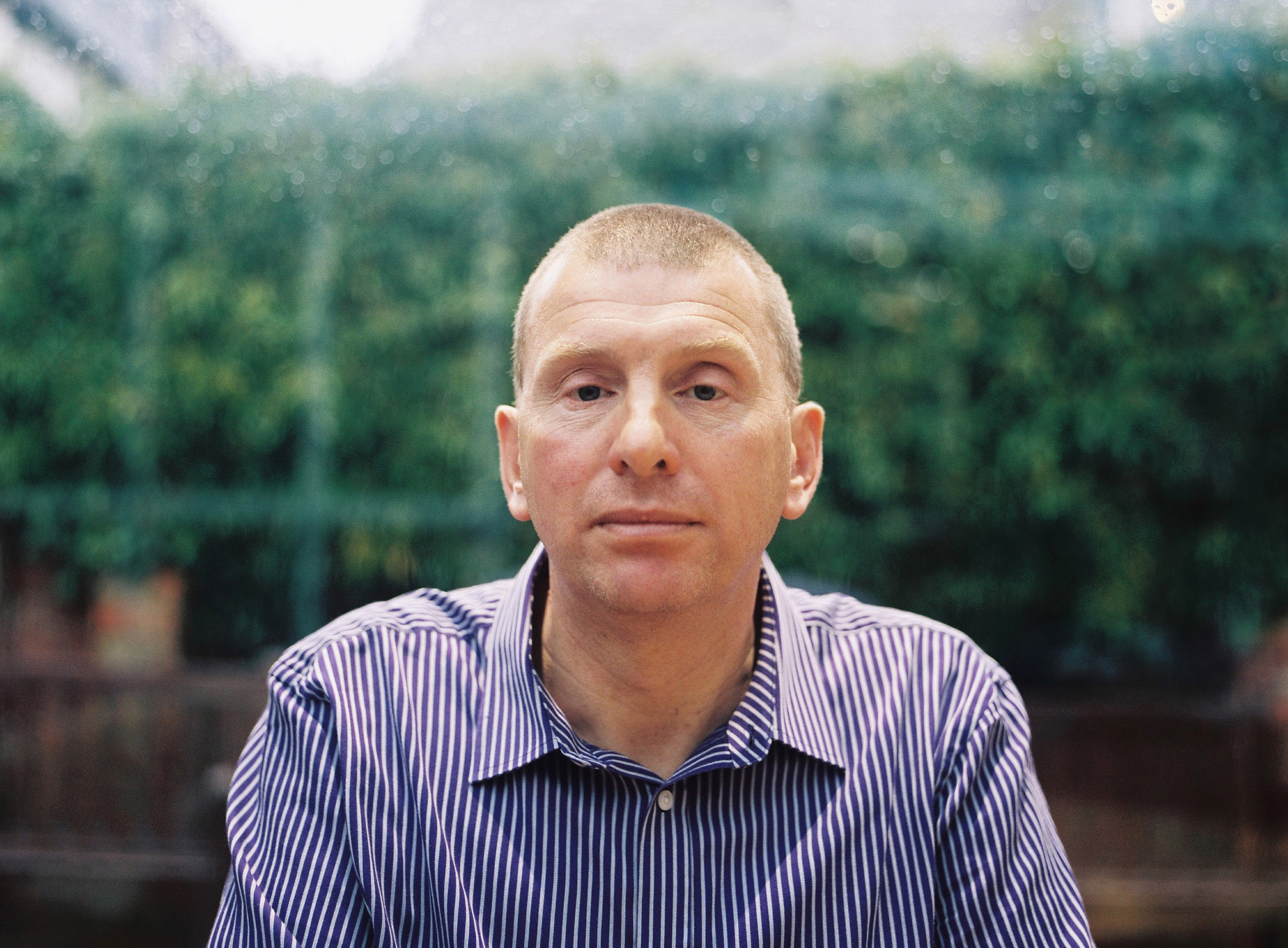 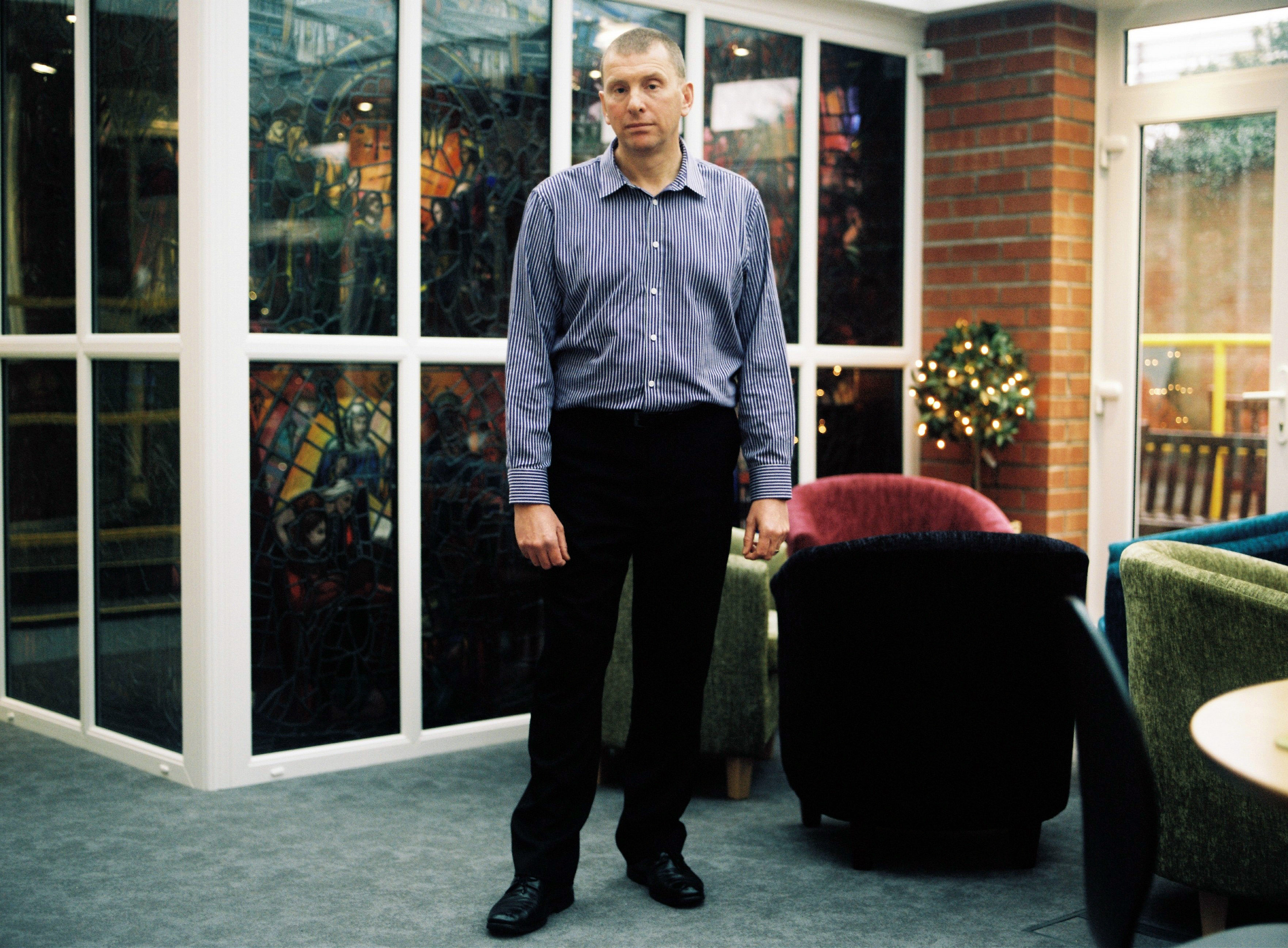 If you receive an email from Brian, his signature reads ‘Brian Casey, Low Vision Worker, N-Vision’ but it’s very clear that Brian is much more than that, he’s an inspiration and an ambassador for all visually impaired people in the Blackpool, Fylde and Wyre area.

Brian had a very ordinary upbringing with his mother, father and sister in Hemel Hempstead, Hertfordshire where he worked as a mechanic, enjoying hobbies including Motor-Racing with his father, football and also playing Squash for the county. On the 11th August 1989 aged 23, towards the end of a County Squash game Brian was accidentally hit in his left temple by the racquet of his opponent. A small laceration and a drop of blood didn’t stop him from playing, and they finished the match. After the game, Brian was advised to go to hospital although he felt OK, where nurses established he could see how many fingers they were holding in front of him and sent him on his way. Life continued and he returned to work as a mechanic, bought a brand new car, played football and went to motor-racing events for exactly twelve months until, on the 11th August 1990 during a five-a-side football match Brian was hit in the face by the ball. Another sporting accident that had this time broken his cheekbone and affected the vision in his right eye. “At that point then, I realised I couldn’t see out of my other eye, and I didn’t know, all that time I didn’t know, a whole year went past and I didn’t know my sight had gone in my left eye”.

Following the accident Brian spent three months in Watford General Hospital’s Ophthalmology ward. Complete bed rest with patches over both eyes, not knowing if he was blind or what was going to happen was terrifying. After the three months he was sent to Moorfields Eye Hospital in London which is known as ‘the best eye hospital in europe’ where he was registered as Blind and told there was nothing they could do to help him and that he should contact Social Services who offered him a bus and rail pass and again sent him on his way.

The impact of Brian’s visual impairment affected his family too. “ I think my mum and dad, especially my dad because I did everything with my dad, I did motor-racing with my dad I went to the pub with him, he was in such shock. He was taking me to private consultant after private consultant and spent a fortune trying to get second opinions. He was going to send me to Russia to this floating ship they used to have for eyes, and in the end I came to the decision myself that there’s no point to keep chasing a dream, It’d cut me up inside that was the trouble, because I’d still dreamed of doing motor-racing again, driving was my thing”.

Brian was let go from work shortly after and depression kicked in, not knowing what to do. “ I can remember going to a party with all my friends because I used to have a lot of friends in them days, and I was thinking, what am I doing here, I’m just sat here, they’ve sat me in the middle of the room with a drink in my hand, everyone else is enjoying themselves at the party and it was just horrible. That made me think then, my life is going to change big time”.

Determined not to give up, Brian attended the Royal National Institute of the Blind (RNIB) Rehabilitation Centre at Manor House in Torquay. The centre offered a variety of classes from basket weaving and hockey to injection moulding. “They had a scoreboard of who beat records and how many you could do, and that’s what spurred me on, because it was something like 169 someone had done, and I managed to do 500 in the time”. Driven to continue exceeding and after having beaten all of the records held at Manor House Brian decided he wanted to take up catering and became the first visually impaired person at the centre to work in their kitchens. This also came with a few sneaky privileges including playing cards with the staff at lunch times and having slightly better lunches than others, but most importantly he felt ‘normal’ again and it made him realise he was able to do that little bit more. 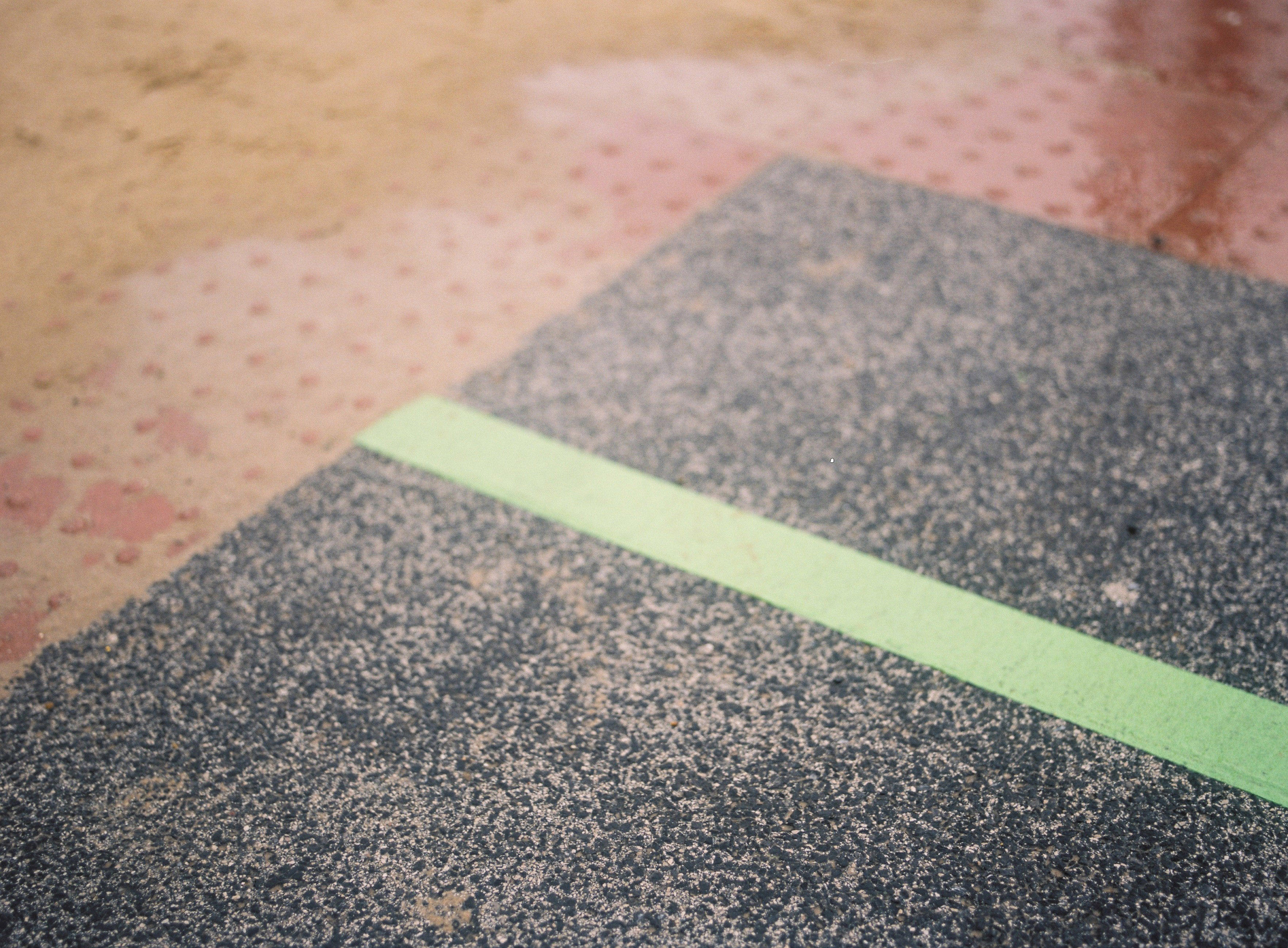 Since leaving Manor House Brian has held several jobs including working for an exhibition company with his father as a painter, as a maintenance man at Rossall School in Fleetwood and most recently at N-Vision, where he began as a volunteer, was offered a position and has been working ever since with the charity to help others with visual impairments as they embark on their own journey to independence. Having experienced sight loss himself Brian is the perfect person to mentor and guide people in the Blackpool, Fylde and Wyre area who are looking for someone to talk to about their sight and has recently been successful at organising the local council to paint a green line from Starr Gate tram stop to N-Vision’s Low Vision Centre via the nearest bus stop, making getting to the center easier for people with visual impairments. He also recently secured a wide range of visual aid kits for optometrists in the North, so saying that Brian is driven to succeed and help others is almost an understatement. Nothing has ever held him back from achieving goals and living what others consider a ‘normal’ life, from riding his bike, to taking his wife on holidays abroad. Everything Brian does, and every way that he thinks, makes him a very modern visually impaired person indeed.